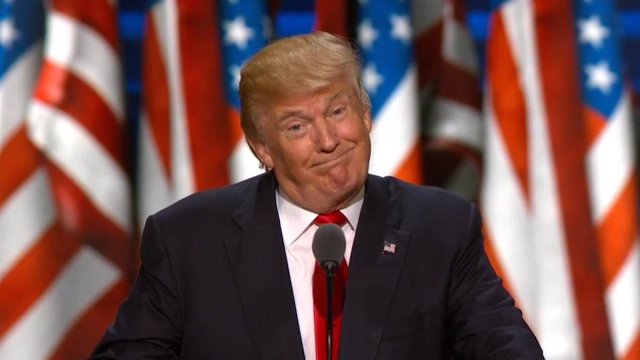 Republicans now own the shop.  They control the executive, the legislative and will choose the next U.S. Supreme Court justice who will unlock the current 4 to 4 balance.  The ball is theirs and they will have few excuses for any lack of success with their initiatives.

Trump now must perform after a campaign was based on reality TV. Trump has to figure out to address his stated priorities: healthcare, immigration and jobs.  He also has to follow through or totally back off on his trade and protectionist rhetoric.  While he can set up barriers, he cannot reverse globalization, especially when it comes to the flow of information.  The digital world will escape his control.  Ideologically, Trump, a self- confessed narcissist, will have a hard time facing up to and constructively dealing with all the multifaceted demands of the job.  There is a possibility that he could be impeached (numerous civil suits are ongoing) and, while remote, some woman could still bring evidence to press charges on sexual assault or some hidden tax fraud.

A final good thing that comes to mind is the absolute trashing of both the Republican and Democratic party structures.   The Democrats, expecting a relatively easy win over the unprofessional and “naïve” Trump, lost the Senate and the presidency as well as performing poorly across the country at the state and local levels.  The so-called Republican establishment is still coming to terms and like the Democrats must redefine their focus, who they represent and what they stand for.  Bernie Sanders is certainly pushing in this direction.  Trump, on the other hand, probably does not have the intellectual and political depth to reorder the Republican party.  This will be left to a struggle between the likes of say Paul Ryan, Speaker of the House, and the alt.right ringer Stephen Bannon who was Trump’s campaign CEO and now has been appointed Chief Strategist.  At any rate, the US political structure overall has lost its legitimacy especially with anyone younger than the baby-boomers and even with them so the process of rethinking could be healthy.

Bad: Trump’s promised economic policy of tax cuts for the rich will certainly increase the already large budget deficit (Reagan and other Republicans have done the same even though they decry debt).  His promised spending programs without increased government revenues will be inflationary.  His foreign and trade policies promise to create instability with the possibility of trade wars with China and Mexico.  Certainly his promise to slap high tariffs on imported products will inflate prices at Walmart where many of his voters like to shop.

Very Ugly: The Brazilian and other foreign press are already reporting assaults on minorities.  If Trump does not restrain his apparently enthusiastic support of the alt.right and their racially charged actions, things could get very ugly.  I don’t see Trump as a Fascist as he has not organized (as of yet) a party or movement to persecute those who don’t agree with him.  This could happen but it won’t take place without resistance.  It could get very ugly, but hopefully it won’t.  Trump has expressed himself as a sexist and for young women and girls this is an exceedingly poor example.  My own granddaughter reacted to him by saying: “He’s mean.”  That is not a good image for the President of the United States.

Of course, the major concern is that Trump could purposely or accidentally launch a nuclear war.  This is totally beyond the pale but when he says “bomb the shit” out of them, he fails to show restraint and responsibility.  His diplomacy thus far shows neither pragmatism nor practicality.  When people don’t have a sense of direction, guidance and response, most anything can happen.  Reportedly the Islamic State, Russia, Hungary and Zimbabwe are the foreign entities that have praised Trump as a positive, but it seems for their own cause and not let’s say world peace and commerce.

Obama, in step with the vast majority of the scientific community, signed the Paris Accord on climate change.  Trump promises to drop out.  If the scientific community is right, this will be a major setback that could have extremely negative consequences in the long term for our children and grandchildren.  Certainly, the debate is complex and convoluted and the climate deniers reflect the wider delegitimization of all things that have a waif of education, elitism, political correctness, and the traditional liberal (market economy) democratic (participatory) political structure.  American sociologist, Robert Bellah, wrote of civic religion and the “people’s” dedication to principles enshrined in the Constitution.  It is very ugly that political divisions have rent the shared values and it will be truly ugly if Trump pushes the country further in a direction of rich, white, parochial, nationalistic, racist, militaristic and macho ideas in his quest to make America “great” again.

Postscript:  I just watched Trump’s interview on 60 Minutes and if I were a supporter, I think I would be disappointed.  He backed off on Hillary, Obama, health care and even immigration and certainly had little to say about creating jobs for his rust-belt, white working class supporters.

7 comments on “Trump: The Good, the Bad and the Very Ugly”