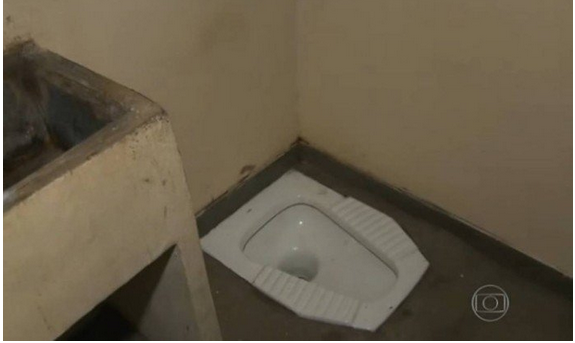 In discussing immigration, Donald Trump recently referred to numerous countries in a very derogative fashion.  Naturally, the foul language caused upset and revolt.  But perhaps, beyond political partisanship, one should use the opportunity to evaluate and honestly reflect whether such an accusation has any substance and how problems might be addressed.

In spite of years of recession and now weak growth, Brazil continues to rank in the 10 largest world economies as measured by GDP.  It still has the world’s fifth largest population and although Brazilians increasingly seek opportunities abroad, they are not considered a major problem migrant population in any of the countries where they have a big presence, with the possible exception of Portugal.

Trump’s America first nativism portrays, when generous, immigrants from the less developed world as advantage seekers, exploiters and opportunists taking away from Americans by overloading the welfare and health care systems and by competing with natives for jobs.  In more drastic, dramatic and derogatory terms, Mr. Trump has called Mexico a place of criminals, rapists, and the unwanted so much so that he demands a wall to be built to keep out what he described as sewage.

Mainly because of Mexican migration and higher birth rates, “Hispanics” threaten, in demographic terms, the US’s Caucasian plurality.  Brazilians hate to be called Hispanics or even Latinos; having an inherent sense of superiority.  Still in Brazil, there are record levels of self-hate, depression and a desire to emigrate.  Problems abound, but do they make the country a latrine worth avoiding or abandoning?

Let’s admit the poverty, inequality, ignorance, crime, gangs, drugs, venality, monopolies, selfishness, immorality and incompetence that haunt Brazil. One could maybe say it is just Brasilia, the capital.  But, sin for sin and defect for defect, it could also be Washington, DC.  Latrine for latrine…no country is perfect.

Still, we can agree that Brazil’s current ranking leaves room for improvement.  The path to a cleaner future is pretty clear.  The photo introduction reportedly shows the WC at the Curitiba lock up where former Rio governor Cabral is being held. While it may not compare favorably with Trump’s purportedly golden throne, it serves as an illustration and allusion.  The human condition involves waste creation and need for disposal.  Brazilians need to improve and this requires just two main components: 1) responsibility and 2) institutions.  If prisoner Cabral uses the hole responsibly and doesn’t miss the mark, that is a first step.  The second is that society has to have institutions in place so that there is water to drain the hole and, hopefully, does not overflow.  The two together represent progress.

The following recent video shows that forward movement in Brazil is tenuous. Instead one sees opportunism, lack of responsibility and perhaps the notion that institutions are not reliable.  While making a transaction at the lottery store, an old lady drops an object which is either a wallet or cell phone.  An adult male approaches from behind and surreptitiously moves the object and puts it in his pocket without inquiring anything of the lady or attendant.  Certainly, the appearance is of petty theft.  The man shows no responsibility to the victim and apparently has only limited concern about being caught and punished.

Here is the link to the video in Porto Uniao, Brazil: http://www.canal4.tv.br/video-senhor-e-flagrado-furtando-carteira-de-idosa-na-fila-de-loterica-em-porto-uniao/

Does this video illustrate the current state of Brazilian culture?  Does it make the country fall into Trump’s despicable categorization?

Certainly, the malfeasance demonstrated by business people and politicians have set a tone.  But, you should also know the man in the video was arrested by police according to press reports.  So the security camera served a purpose. It remains to be seen how the institutions will function in handling the accused.  Similarly, this week ex-President Lula’s corruption conviction and appeal will be judged in Porto Alegre and perhaps more important than the decision will be society’s reaction. Will the institutions show Brazil as a country under the rule of law and institutions which people respect? Or will there be further breakdown and more systemic weakening?  In an election year, with Brazil’s short term hanging in the balance, it is hard to predict.