The 29th La Jolla Energy Conference ended last week.  Given the current COVID19 emergency, the event faced unprecedented challenges.  Up until March, the plan was for the annual 3-day meeting to take place in La Jolla with energy executives, analysts, academics and US/Latin American officials and experts in the hundreds gathering and sharing the beauty of Pacific shores and sunsets.  Obviously, everything changed quickly and the Institute of the Americas, through its Vice President for Energy Programs, Jeremy Martin and staff, made a quick pivot taking the conference not only tieless but totally remote and online.  The Americas, Europe and the Pacific Rim were all connected in an almost flawless virtual setting.  The Conference moved from a full 3-day format to a Monday through Friday with sessions occurring typically from 8:00 am Pacific time to early afternoon.  Handshakes, hugs, cocktails and dining with views will have to wait until 2021 or?

Here is the link to the full program: https://www.iamericas.org/events/la-jolla-energy-conference-2020/#registrationform

Over the years, this conference has been unique in that it is set in one of the most attractive sites in the US and, most importantly, because it focuses on the evolution and potential of the energy sector in Latin America.  Over the years, the spotlight has been on oil and gas but with a notable shift to renewables.  With the worldwide public health crisis and fall in energy consumption, the conference began by addressing two questions: “Will the changes from the pandemic be permanent or temporary?” and “Is oil dead?”.

In reflecting on the conference answers to these questions, I won’t fully review the whole five days but instead focus on specific regions or countries, specific promises and challenges in the sectors and finally the larger political and economic panorama.

In pre pandemic times, political leaders and the markets expected, if not smooth sailing due to the US versus China trade conflict, at least fairly decent growth and a year of recovery especially in Latin America.  COVID19 reversed optimistic forecasts and brought the energy sector and the larger scale economy to a quick full stop with a total reversal in gains in investment, employment and income.

In Latin America, all the different countries have gone into emergency mode.  However, those countries such as Venezuela, Ecuador and Argentina which were already having substantial problems are in much worse shape.  Argentina has missed it bond payment and is negotiating a new bail out with the IMF.  Without resources, it cannot develop the Vaca Muerta fields and, as the joke goes, make it Vaca Viva.  Ecuador, with dollarization, finds its treasury empty as there is no demand for its oil.  At the same time, indigenous communities and the poor have pressured the government due to oil spills, environmental disasters and the need for wealth redistribution.   Venezuela’s tragic saga continues with the impasse between Maduro and Guaido while neither side shows any capability in restoring or building institutions and business.  As a result, the massive reserves sit and the Venezuelan oil company (PDVSA) may well be forced out of business within a year or two.

Brazil, on the other hand, was looking to a potentially good year for Petrobras and a year of less anemic growth in the national economy.  Like all oil producing companies, Petrobras (PBR) has been forced to idle much of its production but was still able to export a record amount of oil in April.  The immediate future does not look promising, but PBR has resources and lower levels of international debt.  Its expansion programs will be put on hold, but long term the company will survive and could even thrive with its technical competence and past investments in the pre-salt offshore fields.

Mexico, in turn, is a rather unique case in the international oil business.  PEMEX, the national oil champion, continues to produce in spite of low demand and even with the cost of production outstripping the sale price of a barrel of oil.  President Andres Lopez Amador (AMLO) is doubling down on his bets and his attempt to revive national production.  The conference participants and the market seem skeptical, so much so, that an overwhelming number of participants see PEMEX bankruptcy in the short term.  AMLO seems intent on denying reality and putting a nationalist face on things at least until Mexico’s midterm elections in 2021 where he hopes to be able further legitimize his presidential mandate, halfway through his term.  If AMLO can maintain control of the Mexican Congress, it will be interesting to see if the economic realities of production costs will bend ideological commitment.

Guyana, one of South America’s smallest countries with less than 1 million people, now attracts major interest because its offshore oil reserves are now calculated at over 8 billion barrels.  Exxon Mobil is the major player but with great wealth comes great greed and the country is currently in the throes of a political and presidential succession crisis.  Institutional weakness and corruption threaten the country’s attempt to achieve substantial wealth and economic growth.

Before COVID19 and over the past decade, the talk has been about energy transition, wind, solar and other alternative source in accord with the Paris agreement to reduce carbon emissions.  The dilemma is that the world infrastructure and energy costs all favor fossil fuel.  With the pandemic, the oil sector has become increasingly cost competitive not only because of diminished demand but also due to increase in supply with fracking and new discoveries. With renewables, there is a dearth of distribution infrastructure and the high cost of financing.  Petrobras for example continues to flare off gas from its offshore wells.  PEMEX has doubled its flaring to over 500 million cubic feet per day and this waste was described as an “atrocity”.  In the case of Mexico, panelists agreed that a pragmatic approach (meaning market rational) cannot be an option due to the President’s ideological commitment to making PEMEX great again by using it in promotion of AMLO’s Morena philosophy.  Given the prospective worsening of the fiscal crisis, the question arises:  Can the mayor of CDMX (Mexico City), opposition governors, politicians, and businesspeople unite in the promotion of a different energy policy?

Political instability and shifting rules of the game add to the technical uncertainties inherent in oil exploration and production to make investing in Latin America fraught with risks.   High risk, in turn, makes financing more costly even in a low interest environment.

The Political Economy of Energy in Latin America

The La Jolla Energy Conference completed its 29th annual meeting and there is something of value in longevity.  Through good times and bad, there is still reason to meet and attempt to understand and interact with the different players in an ever-changing market.  It is amazing to remember that in the 90’s, the discussions often centered around “peak oil”, OPEC control and loss of oil from the Middle East, especially Iraq and Iran.  Today, in Latin America there are recent discoveries, the possible success of fracking, and a concern about being able to extract a resource while it is still valuable.  Everyone hopes that the COVID19 pandemic will run its course over the next year and that there will be a “new normal”.  For the Western Hemisphere, this means trying to use hydrocarbon resources in a world that is addressing climate change and environmental issues through renewables.  At the conference, there was serious pessimism about the future of national oil companies (NOCs), especially PEMEX, PDVSA, and YPF.  In addition, there was uncertainty about Ecuador, Guyana and PBR in Brazil.  The world public health crisis certainly put a spotlight on the political economy of the sector.  The hydrocarbon reserves are physically available in known and abundant quantities.  The demand crisis threatens values and makes extraction unprofitable in many cases and certainly places question marks around the viability of the state-owned models.  The political realities of the day and the market pressures the NOCs as they cannot operate profitably due to the political intervention of the national governments.  YFP, PEMEX, and PDVSA will continue to fail as long as the politicians attempt to use these entities as cash cows and nationalist political support mechanisms.  Even Brazil’s Petrobras is being forced to change its model for pre-salt exploration and production as last year’s auctions failed to attract international interest.  If this pressure was obvious before the pandemic, it is even more present now.  If production costs are higher than the market will accept and if profit is not readily apparent, the international oil companies will prefer to leave the oil and gas in the ground until they are able to develop a new model and negotiate the terms of presence and “partnership” in Latin American countries.

Back in the last century in the late seventies, there were long lines for gas, high interest rates and something called “dependency theory” as the vogue for explaining authoritarian governments and the role of the US and multinational corporations.  Of course, the shift has been to democracy, regular elections, the opening of markets and the globalization of trade.  However, a populist president in the USA and imitators such as Jair Bolsonaro in Brazil or AMLO, on the left, in Mexico once again show the limits.  With the prospect of world depression and the looming bankruptcies of many companies including NOCs, the Latin American countries and their business elites are once again dependent, and perhaps more than ever on Washington, but not only DC, but also China.  The world’s second largest and fastest growing economy has replaced or is replacing the USA and other western countries as the leading destiny for oil and is the main new source for foreign direct investment (FDI).  China is looking long term at investments in energy distribution, alternative energy, and lithium for the electric car industry and for energy storage.

Going back to the opening questions: Oil is not dead.  Hydrocarbon have a long future especially at low and moderate prices say in the 35 to 40 dollars per barrel range.  The world needs the “lights on” and because fossil fuels they are cheap and available, they will slow alternatives for a period.  However, it remains to be seen how much Latin America can take advantage of this window.  Brazil, for example, lost time in the past two decades due to its back and forth policies on the development of its offshore oil.  Now it lacks funding to move ahead and it is questionable as to what accommodations have to be made to entice China or the western international oil companies to actually enter and produce.  Other Latin American countries are behind Brazil both in diversity of resources for the energy matrix as well as in resources for investment.  So, the future appears disheartening.

Amazingly though, the conference speakers were all relatively upbeat given the gravity of the situation.  There was no firm consensus on if changes would be temporary or permanent, but there was the sense that the changes and challenges could be met.  I would not call it hubris but then again the industry does not have a reputation for humility.

The Conference will hopefully be back live and in person next year in La Jolla and there will another opportunity to evaluate the changes post pandemic and see what the new normal might look like. 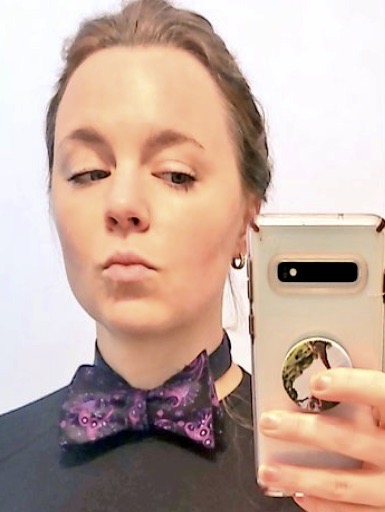